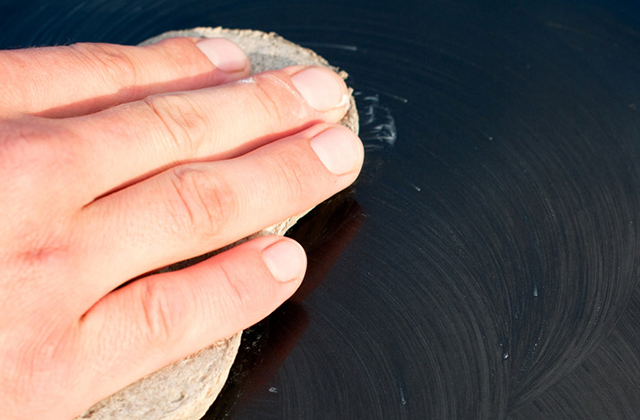 The European Commission has tabled legislative proposals to ensure car manufacturers comply strictly with all EU safety, environmental and production requirements. We are pleased to now hold in stock a highly regarded car detailing products range that will keep your vehicle in tip top condition.

The Commission is proposing a major overhaul of the so-called EU type approval framework. Under current rules, national authorities are solely responsible for certifying that a vehicle meets all requirements to be placed on the market and for policing manufacturers’ compliance with EU law. Today’s proposals will make vehicle testing more independent and increase surveillance of cars already in circulation. Greater European oversight will strengthen the system as a whole.

The Commission was already reviewing the EU type approval framework for motor vehicles prior to the Volkswagen revelations. It has since concluded on the need for more far-reaching reform to prevent cases of non-compliance from happening again. Today’s proposal for a Regulation on the approval and market surveillance of motor vehicles complements efforts to introduce more robust emissions testing (Real Driving Emissions testing).

Jyrki Katainen, Vice-President for Jobs, Growth, Investment and Competitiveness, said: “In a Single Market where goods circulate freely, everyone must play by the rules. The Volkswagen revelations have highlighted that the system which allows cars to be placed on the market needs further improvement. To regain customers’ trust in this important industry, we need to tighten the rules but also ensure they are effectively observed. It is essential to restore a level playing field and fair competition in the market.”

Commissioner Elżbieta Bieńkowska, responsible for Internal Market, Industry, Entrepreneurship and SMEs, said: “The Single Market requires rigorous enforcement across sectors, including the car industry. With our proposals today we will raise the quality and independence of vehicle testing and improve the oversight of cars already in circulation. This complements our efforts to introduce the most robust emissions testing procedures in the world, which we will keep refining and reviewing to ensure the strictest emissions limits are really met.”

The current type approval system is based on mutual trust: once a car is certified in one Member State, it can circulate freely throughout the EU. While the EU sets the legal framework, national authorities are fully responsible for checking car manufacturers’ compliance. The draft Regulation on the approval and market surveillance of motor vehicles maintains the principle of mutual recognition, which is at the core of the EU Single Market, but seeks to correct the flaws in the system.

The proposal for a Regulation will help to achieve three objectives:

Reinforce the independence and quality of testing that allows a car to be placed on the market: The majority of Member States designate technical services, which are paid directly by car manufacturers, for the testing and inspection of the vehicle’s compliance with EU type approval requirements. The Commission proposes to modify the remuneration system to avoid financial links between technical services and manufacturers, which could lead to conflicts of interest and compromise the independence of testing. The proposal also foresees more stringent performance criteria for these technical services, which should be regularly and independently audited to obtain and maintain their designation. National type approval authorities will be subject to peer reviews to ensure that the relevant rules are implemented and enforced rigorously across the EU.

Introduce an effective market surveillance system to control the conformity of cars already in circulation: While the current rules deal mainly with ex ante controls, in the future Member States and the Commission will carry out spot-checks on vehicles already on the market. This will make it possible to detect non-compliance at an early stage, and ensure that immediate and robust remedial action is taken against vehicles that are found to be non-compliant and/or to present a serious safety risk or harm to the environment. All Member States should be able to take safeguard measures against non-compliant vehicles on their territory without waiting for the authority that issued the type approval to take action. Member States will have to review regularly the functioning of their market surveillance activities and make the results publicly available.

The Commission’s proposal maintains the current ban on defeat devices, which national authorities have a standing obligation to police and enforce, but goes a step further. Under the draft Regulation, the manufacturer will have to provide access to the car’s software protocols. This measure complements the Real Driving Emissions package, which will make it very difficult to circumvent emission requirements and includes an obligation for manufacturers to disclose their emissions reduction strategy, as is the case in the US.